8 Things That Go Into Your Digital Marketing Agency’s Pricing 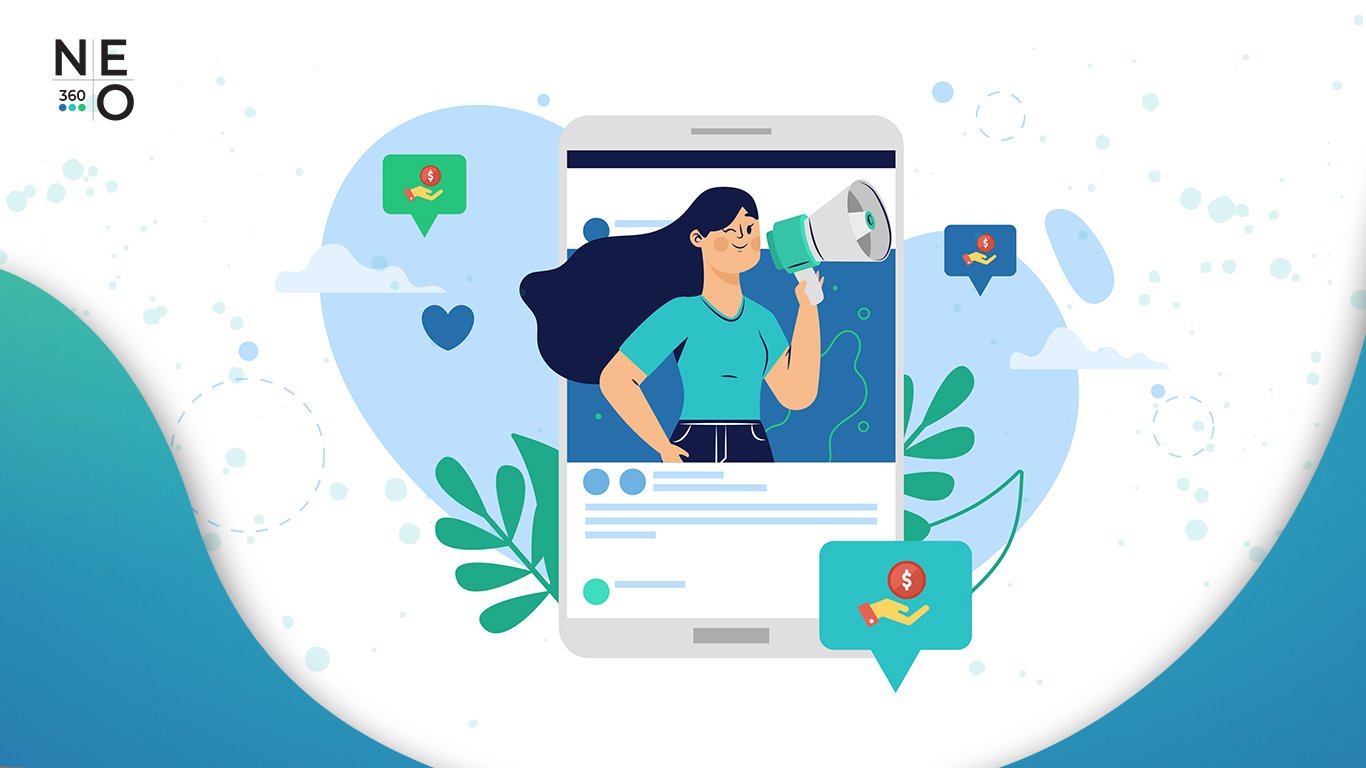 When you buy durian from your favourite stall, you know exactly what you're getting when you pay for it, right? If you're lucky, you can pick up some Mao Shan Wang or Mu Sang King for $10 a kilo; if you're smart, you know some vendors who sell it by weight will also give it to you de-husked.

But paying your digital marketing agency for running your campaigns, creating your content, or even advising you on formulating your strategies or building up your brand, simply isn't that simple.

Because when it comes to the pricing of your digital marketing, you're not just paying for the durian, so to speak. You're also paying for the time it took to grow on the tree, the labour to pick the fruit, the petrol that went into the delivery truck, and everything else it took to bring that durian to your table.

How Agencies Used to Price Their Services

But first, because those who cannot remember the past are condemned to repeat it, as Santayana says, let’s take a quick look at how our non-digital forebears priced their services back in the day.

It was in advertising’s Golden Age (which industry observers place during the 1960s down to the late 1980s) when agencies generally charged a commission of 10 to 20% on what their clients spent on media placements. If, for example, a client spent a hundred dollars on putting an ad out on TV, the agency got 10 to 20 dollars. Simple.

Naturally, that ad didn’t magically appear out of nowhere—agencies often produced the ad that was aired or published. To get paid for that, agencies generally marked up the cost of production by around 15 to 17%. So if it cost another hundred dollars to shoot that TV commercial, the agency charged the client 115 or 117 dollars. Simple again.

Advertisers (i.e. the clients) were generally okay with this because this was literally how it was done for years. Ad Age says agencies in the US were charging commissions as early as the 1920s, which was about when broadcast radio first came into its own.

Why the Old Agency Pricing Method Got Old

Obviously, both advertising and ad agencies have evolved long since then—thinking about how advertising was once primarily thought of in terms of “trimedia” (i.e. TV, Radio and Print) gives the term “multimedia” a whole new meaning.

And while the emphasis on content quality remains, how that quality is produced or achieved, or even distributed doesn’t necessarily cost as much or take as long as it would’ve 40 or more years ago. In other words, these days, you don’t need to hire celebrities or supermodels to star in your ads or run those ads during the Superbowl.

But just because a great quality ad may just as easily be produced in a matter of days on a relatively shoestring budget and run on social media (versus months and millions of dollars), doesn’t mean digital marketing comes cheap.

Thinking that you’re not going to spend a whole lot just because your marketing is digital rather than traditional is one of the 5 common mistakes advertisers make when engaging a digital marketing agency.

Because again, even while the planning and production aspects of advertising and marketing have more or less stayed the same, it’s how the media aspect has mutated into a kaleidoscope of digital complexities. The myriad platforms for advertising, data gathering and analytics, and consumer engagement are all just the tip of the iceberg.

And it’s that complexity of digital media that makes the comparatively straightforward pricing method of commissions infeasible for many digital marketing agencies. Indeed, the Association of National Advertisers notes how only 3% of the agencies covered in their research charged clients on a commission basis.

How Agencies Price Their Services Now

To help simplify the aforementioned complexity, here are 8 things that go into the pricing statements of your digital marketing agency, and their corresponding pricing models by which today’s agencies charge their clients.

Planning, producing, placing and monitoring the performance of an ad all takes time. This is why many agencies use a time-based pricing model where clients are charged according to an hourly rate.

Let’s say you’re putting out an ad, and the agency uses the services of a writer, a designer and a media planner. For simplicity’s sake, let’s say each of those team members has an hourly rate of 10 dollars, and in putting that ad out, they worked 10 hours each. The agency would then bill you 300 dollars.

When you go to a doctor to get your trick knee fixed, you’re paying that doctor for a service, and in order to provide that service, the doctor needs to have the requisite skill or expertise. Some agencies therefore use a service-based pricing model to bill clients according to the specific services they’ve engaged.

This pricing model is particularly favoured by agencies that don’t offer media planning or placement services, like those that specialise in content creation alone or SEO.

And just as you would pay more for a doctor who was better trained or had more experience, you can expect to pay more for the services of agencies with longer track records or more experts on their teams.

A client that engages a third-party service provider needs reassurance that the provider will stick around long enough to deliver what they’re being paid for. So to make sure that provider stays committed, the client pays them a retainer fee.

Investopedia defines a retainer fee as what you pay a service provider for doing something on your behalf. If, for instance, you’re a doctor without a whole lot of digital marketing know-how, you can pay an agency to take care of marketing your clinic for you. Clients like this usually pay retainer fees to their agencies to cover fixed periods of time.

Note, however, that retainer fees really only cover service commitment, and not quality. And though a retainer fee may also be a sort of “blanket fee” covering all services provided during the specified time frame, it often happens that the retainer fee ultimately differs from the total, end cost of the services.

As if having someone take care of your digital marketing for you wasn’t convenient enough, there are some agencies that even package their services to make it even more convenient for you to pay for them. This is why these agencies adopt a packaged pricing model or charge on a per-project basis.

Examples of these packaged rates include those charged for all-in branding services or SEO projects.

Digital marketing agencies whose main service offerings revolve around SEO or media planning often outsource the creative aspects of their clients’ digital marketing materials such as copywriting and graphic design. In a hark back to the Golden Age practice of marking up, these agencies charge corresponding production fees.

These fees usually include markups on any service that the agency doesn’t provide itself or in-house. While some agencies do have their own writers, designers and developers, they’re likely to outsource things like producing videos that require location shooting or hiring models, actors or voice talents.

Rather than charge their clients an hourly rate, or even a retainer or project fee, a growing number of agencies have come to adopt the Pay for Performance or PFP pricing model. This means that a client pays an agency according to the results it was able to bring in—simply put, if an agency brought in more, it got paid more.

More of what, you may ask? That would depend on the client’s objectives—if the client wants more leads, sales, or website traffic, for example, the agency would be paid depending on how many or much of those its digital marketing efforts were able to generate.

Say a consultant from a digital marketing agency spent an hour or two explaining to you why a particular social media platform would be great for your business, or how you might strengthen your branding online. Say that consultant’s hourly rate, for simplicity’s sake, is 10 dollars.

Acting on these explanations could potentially generate thousands of dollars in revenue—which means it would hardly make sense to pay the agency 10 or even 20 dollars. And this is why more and more agencies adopt a value-based pricing model. State of Digital says this model is likely to be the one agencies will come to use across the board.

Yes, we know what we said at the beginning of this post; in fact, charging on a media commission basis began its decline way back in the 1990s.

But some industry observers say the media-based pricing model is slowly making its way back into some agencies today because of always-on media (although the jury still seems to be out on the effectiveness of always-on).

The fact also is that there are still some agencies that still actually do use this pricing model. These are usually the larger, multinational old guard agencies which laid down their roots during the Golden Age with equally large and established clients that have budgets to match.

But for agencies whose clients have relatively small marketing budgets, it’s easy to see how this pricing model doesn’t work. In contrast to the Golden Age example we gave of spending a hundred dollars to put an ad out on TV, these agencies’ clients probably only have 30 dollars to spend on placing an ad on, say, social media.

So if these agencies used the media-based model, they’d only get paid about 3 dollars or so—which is a no-go, given everything that goes into “growing the durian”.

You could say it was the many different kinds of digital marketing agencies that have come to be—such as media planning, content marketing, creative, and full-service agencies—that have given rise to all these different pricing models. Many agencies today use a hybrid pricing model to suit their clients’ needs as well as their own.

What Today’s Agency Pricing Models Mean For You

Knowing how and why a digital marketing agency determines their pricing, or charges the way it does, empowers advertisers to plan and optimise their marketing budget accordingly. You’ll know what to expect as a client in terms of deliverables and performance, and how to assess or appreciate an agency as a whole.

The best way to do this is to be transparent or straightforward with your agency in terms of your marketing budget and what you want to achieve with it, and to communicate these things early on in your relationship. Only then will your agency be able to develop and implement a strategy based on these parameters to help you reach these objectives.

Reciprocally, your digital marketing agency must likewise be transparent with you—if there’s anything you don’t understand in their fee structure, there shouldn’t be any awkwardness about asking them, straight off. If an agency is unable to give an equally straightforward answer, that should give you some indication of how suited that agency is to meeting your needs as a client.

As an agency, we’ve always prided ourselves on our transparency as shown in our regular reports, and how we make it a point to give straight and honest answers to queries about our pricing or any of our services. Clients that have stayed with us for practically our entire agency lifespan know this about us, and we’ll be glad to have you experience it, firsthand.