Influence is the capacity or power of persons or things to be a compelling force on, or to produce effects on the actions, behaviour, and opinions of others. So says Dictionary.com, and so says social media, which has since dubbed anybody with a significant number of followers, an influencer. 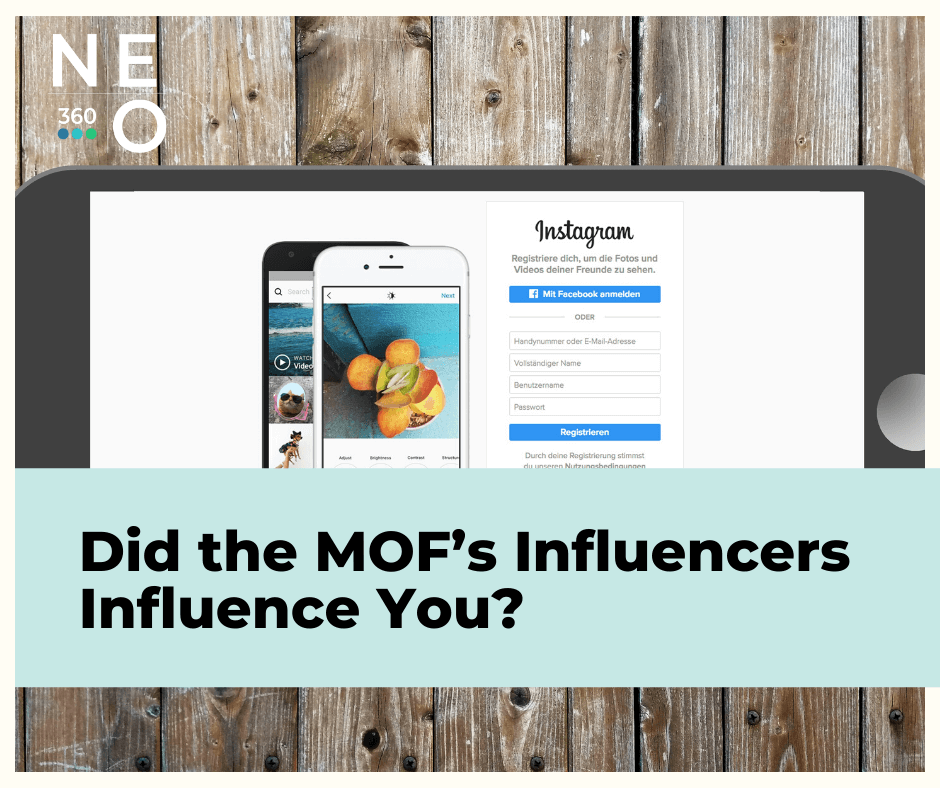 So when the Ministry of Finance decided to tap influencers to get the word out about Budget 2018, it seemed, on the outset, to be a reasonable course of action. Hardly anybody under the age of 30 reads the papers anymore or watches TV, and if the Government wanted to let them know about the Budget, social media was the sensible way to go about it.

Reaching Your Audience Where They Want To Be Reached

You wouldn’t go the jungle to deliver a message to a mermaid, nor would you send Tarzan’s love letter to the middle of the ocean. Wishing to get more of Singapore’s youth involved in one of the year’s biggest political questions, the MOF decided to reach them where they invariably spend the bulk of their time: online.

It was logic, pure and simple. So many of them hung on every post these influencers put up, so comms about the Budget were included in these posts.

And reach the target audience, they did. Budget 2018-related posts generated a goodly number of likes, showing that people at least saw the posts, and cared enough to tap.

But not everybody seemed to like what the MOF did to get its message across. While there were those who applauded the Ministry’s campaign for ‘staying in step with the times’, there were others who criticised it for wasting taxpayers’ dollars on getting OOTD-wearing wastrels to talk about the nation’s finances.

The way we see it, there might have more than a few sweeping generalisations made amongst the reactions, as well as a possible lack of scratching below the surface.

In the first place, not all the influencers engaged by the Government were skinny fashionistas rocking their phones at a photo shoot. Mother of two, Shanel Lim, for instance, is an everyday Jane on whose family expenses the implications of Budget 2018 are more immediately apparent.  Another of them, Lee Kin Mun AKA mrbrown, is an online social activist.

There’s also the MOF’s objective to consider, or what exactly they wanted to achieve with its influencer campaign. That objective was to drive awareness of the Budget, and to encourage feedback and engagement in the Budget proceedings.

Whether or not this objective was achieved is another bone of contention: while it may safely be said that awareness was created, the nature and the quality of the feedback and engagement generated by the campaign are debatable.

Some have said the awareness was only superficial, and whether a significant number of people have actually participated in Budget-related activities (e.g. shown up at listening points) has yet to be fully determined.

Given the nature of our work, we can’t help but take a marketing perspective of the MOF’s Budget 2018 campaign. Marketing funnels, which tailor marketing activities to the different stages of the buyer’s journey from awareness to conversion, or the action which the marketer desired the buyer to take, play a key role in our 360 Approach to digital marketing.

When we also consider how the Government would naturally place emphasis on effectiveness and cost-efficiency of both its message and the platforms used to get it across, this begs the question: Was there another way, or another (digital) medium, that could have communicated the MOF’s message better, at a cheaper cost? Or better yet, improved the kind of results that their campaign was able to produce?

You see, we have no real issue with tapping influencers (although we do have more to say on the subject); what we do have a problem with is the almost (if not completely) exclusive focus on Instagram. Now, don’t get us wrong, we love Instagram as much as the next social media addict, but the fact remains that messages sent on IG decay a lot faster than they used to, these days.

Instagram might have been great for drumming up awareness, which is the starting or entry point for many marketing funnels, but what about the rest of the journey? What about getting Singapore’s youth to react and engage in more meaningful ways beyond liking?

To do this, which would’ve translated into a more successful campaign for the MOF, we would have reinforced the message of taking an active interest in Budget 2018 through retargeting. In other words, it means “going beyond the first date and getting deeper into the relationship with a second”.

If the MOF had considered using Facebook as a parallel channel for its campaign, it would have been able to use Messenger as a form of retargeting. This would have allowed the Ministry to explain further, beyond basic awareness, why people should take an active interest in this year’s national Budget.

And while one might argue that the youth aren’t really on Facebook, re-engaging people who are actually on FB multiplies the efficacy of the campaign. In fact, for the Influencer campaign, the MOF could have included follow-up messages, instead of one-off posts. Not doing this sort of “follow-up action” is tantamount to taking your date to the restaurant, but leaving her at the entrance.

A Few More Insights on Influencers 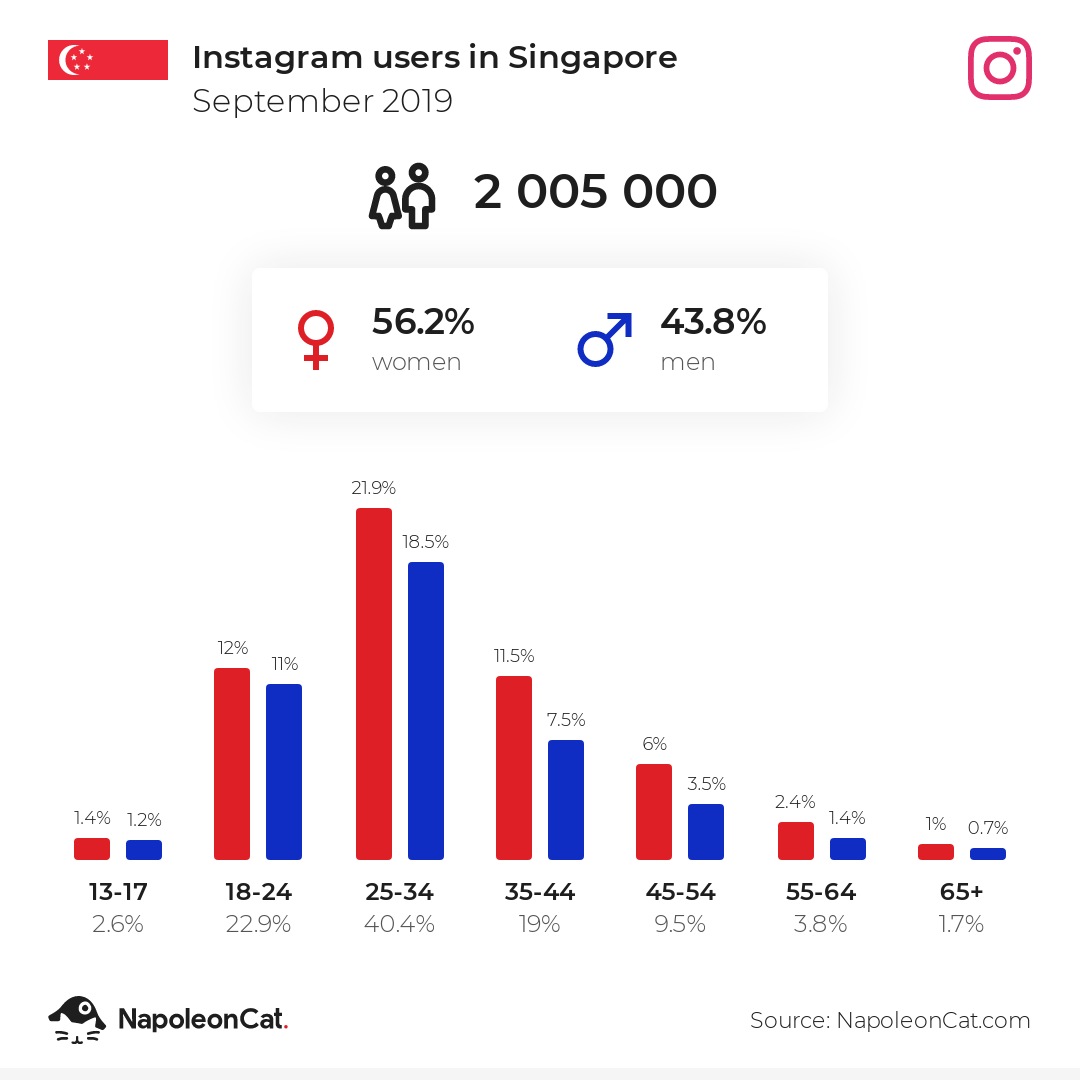 While we understand, and quite agree, with the strategy of tapping influencers, many of us feel that perhaps an effort might have been made to have the Minister himself reaching out to Singapore’s youth, and delivering the MOF’s message.

Yes, we know young Singaporeans are more likely to pay attention to the likes of Chelsea Teng or Royce Lee, but it wouldn’t have hurt to have our Minister put in (some carefully staged) face time, as well. Our Ministers are actually legitimate influencers in their own right; even if their actual influence in this context has somewhat declined.

This in turn has caused us to reflect: if we had been Ministers ourselves, we would much rather have reflected on what could we do to increase our influence, instead of relying on influencers to do it for us. If done right, we feel that having our Minister doing his own “influencing” would have sent a more personal, more positive (and arguably more credible) message to the campaign’s target audience.

The MOF might also have looked into engaging the services of influencers with blogs, as blogging makes a lot more impact, is a lot more useful, and is a lot more effective in getting its message across.

In closing, after a nominal discussion of the issue amongst ourselves, many of us at NEO360 believe in the power of influencers, but it is a power that needs to be wielded with discretion. You see, that power lies in each influencer’s authenticity, or in staying true to oneself.

When someone, for whatever reason, gets out there on social media and shares how they feel, or what they think—whether it’s in the way they dress, what they’ve created or what they’re having for lunch—they are sharing a real and honest part of themselves. And people are attracted to them because they, on some deeper level, can sense the genuineness of that someone’s soul.

The minute you betray that authenticity, well, it’s like lying to your boyfriend or girlfriend: You told me you were a vegetarian, and now we’re having steak?

So unless your influencer really, and truly believes in the message you’d like them to communicate on your behalf, regardless of how many thousands of followers they may have, you sow the seed of doubt in your target audience’s mind.

And that’s the last thing you want when you want to encourage them to take action.

Check out our other 360° Views for more digital marketing insights to keep you on the cutting edge. To put those insights to work for your business, get in touch with us at NEO360 today.