Collaborating with Creatives: Why Your Company Needs Creativity

The word “creative” is often bandied about without a clear-cut definition of what it is.

When applied to people, the word might evoke vague images, in certain circles, of painters or musicians in outlandish outfits with their heads perpetually in the clouds. Though creative professionals have continued to gain mainstream acceptance over the last couple of generations or so, they’re the ones who seem to take a back seat to doctors, lawyers, engineers and bankers. To some, creatives might be good at (or good for) certain things that are amusing, entertaining or “very nice”, but not really very practical—particularly in the “real world” of business. Yet, these are precisely the people you need for your business—no matter the industry, the vertical or specialisation.

If you want your business to grow and prosper, you’re going to need at least a few creative people on your team. 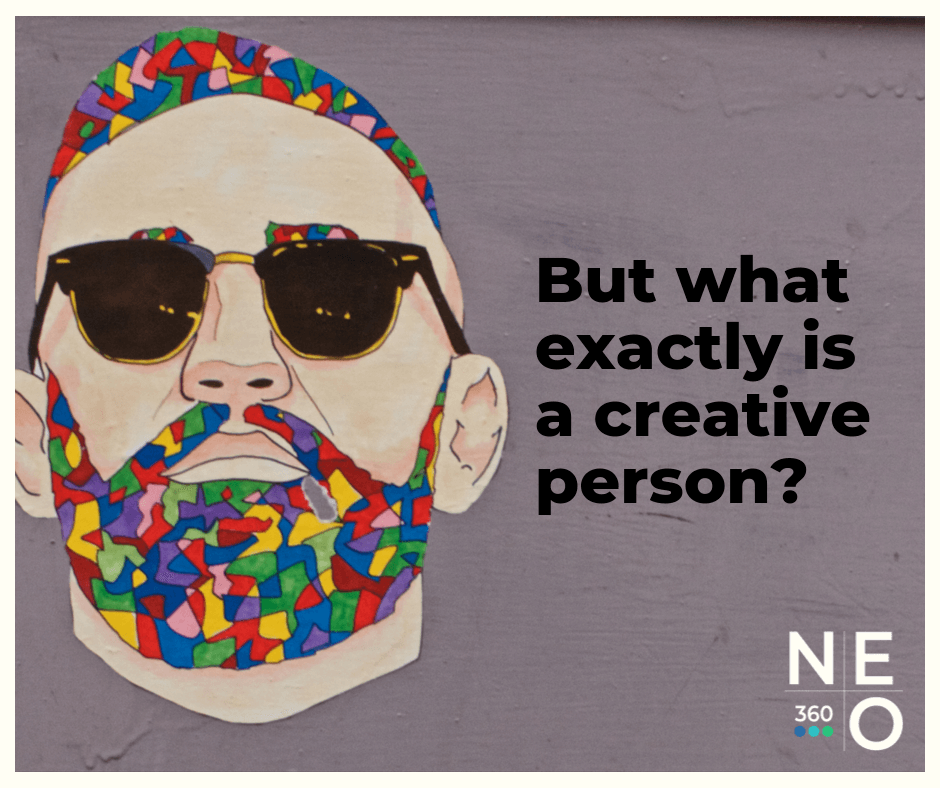 But what exactly is a creative person?

While the definition of creativity may be applied to practically anything from a soufflé to a V6 engine, for our purposes we must be a little more precise as to what or who a creative person is. And no, we’re not (necessarily) talking about that co-worker of yours who wears striped socks, sings opera on his way to the water cooler and has an entire collection of Tsum Tsums lined up on his desk.

Very simply, a creative person is somebody who sees, thinks of and does things in an unconventional manner. But that simple definition may not be as simple it as may first appear. Before you rush out to put on a polka-dot tie or name your goldfish after a video game character, you should know that such eccentricities do not (necessarily) a creative person make.

Put another way, a creative person is somebody who will take a conventional problem, and devise an unconventional solution to it. Given that definition, the more practical, or shall we say, entrepreneurially inclined among you might see how a creative person thus becomes an invaluable asset to one’s enterprise. The solutions provided by the creative people on your team could very well be what distinguishes you from your competition. Cleverism offers examples of creative people who have managed to stand out in their particular industries—such as Steve Jobs, Bill Gates, Jeff Bezos and Larry Page.

But as our definition of a creative person has been rather broad thus far, we shall now zero in on the conventional definition or perception of creative people in the workplace, which usually has something to do with art. Now, art, as you know, takes on myriad forms—there are the people who take (or make) pictures, shoot videos, render graphics, compose music, write literature, decorate cake (or interiors), dress windows (or the mannequins in them)—the list goes on and on.

The fact that the list does go on reflects just how much of the workforce is actually made up of creatives. Much of that creativity is, more often than not, channelled into some form of communications, which is the very cornerstone of marketing. And marketing, no matter the industry, the vertical or specialisation you’re in, is indispensable to your business.

Because even if you have got the winningest product out there in the market, ain’t nobody gonna buy it if it ain’t pretty, and if you can’t tell people convincingly that it’s out there. Unless your business is intrinsically creative (e.g. you own a design studio or a fashion line), you might have at least one creative person on your team that handles the “artsy” stuff for you. If you don’t, you probably outsource, or work with creative people, or you might even consider getting (more) creative people to join your team.

But for businesses that might seem to have absolutely nothing to do with anything creative—such as, say, insurance, financial services, pest control or plumbing—there might still be some reticence, or even resistance, to working with creative people. These business owners might be among those whose thinking is along the same lines as Turgenev’s Bazarov, who says a shoemaker is more useful than Pushkin—and as such, might find it a little difficult having to work with creatives on a regular basis. 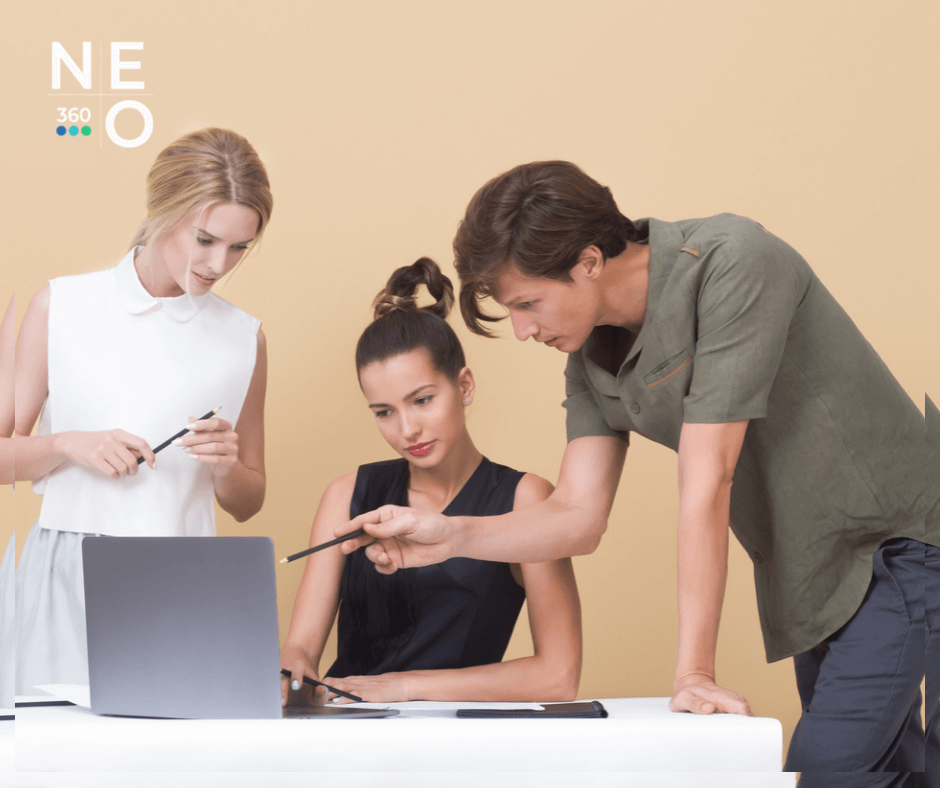 Working as A Team

Respect what they do

They may make it look easy, but believe us when we say it isn’t always as easy as it looks. They may not have taken a board exam or (usually) wear a suit, but a good number of them have university degrees in their specialisation, and all of them have something you can’t teach in school: talent.
But having a gift and getting a diploma doesn’t mean diddly-squat without what is arguably the most important thing creative people have—the propensity to work. Which leads us to our next pointer…

How would you feel if, say, you slaved away for hours baking a cake, only to have it tossed into the bin without anyone having tasted it? This is not to say that the best of creatives expect to have their work praised to the highest heavens every time, or that they can’t take a little (constructive) criticism. They ask only that you be mindful of the time and effort they put into the work they do for you.

Give clear and detailed instructions

When asking creatives to work on something for you, be as clear as possible about what you want. Give them every detail, as creative people are like blenders—you put something in, it gets processed as directed, and you pour something out.

Giving vague instructions and expecting to get exactly what you want is a veritable exercise in futility. If you yourself do not know exactly what you want, you can hardly expect your creative team to give it to you. Canva has its own views on the subject which, while they refer solely to graphic designers, apply very well to creative people in general.

Rein them in when needed

Creativity is (like) a force of nature—untamed, it may well do more harm than good; at the very least, you could lose valuable production hours. But once harnessed, and carefully directed, you’ve really got something cookin’. A concrete example of this is brainstorming sessions, where creatives can spend hours and hours churning out one fabulous idea after another—ideas which may not be on track with your marketing objectives.

Creatives might also need to be reminded, once in a while, of their role on your team. The best of them (or many of them, anyway) care deeply about what they do, and sometimes do have a tendency to get a little carried away. In such cases, a gentle reminder that what they are doing is not art per se but marketing (which, in any case, might well be considered an art form in itself), might be just what the doctor ordered.

Give them room to spread their wings

While this may seem to contradict our previous pointer, what it really says is “rein them in, but don't keep them on a leash”. After all, they’re not, as Gene Kelly put it in American in Paris, “manufacturing paper cups”. Another way to put it might be to recall the reason why you get art and comms majors (instead of maths or economics majors) to do what they do in the first place.

If you think about it, these five pointers may be applied to pretty much anybody in the workplace, regardless of what kind of socks they wear or music they listen to. After all, however odd or quirky the creatives on your team might seem to be, they are, in the end, human beings, too.

Talk to experts who recognise the important role played by creatives in digital marketing. For creative, and effective digital marketing solutions to help your business LISTEN, REACH and ENGAGE, get in touch with NEO360 today.