MINDBLOWING 101: HOW TO MAKE THE MOST OUT OF YOUR BRAINSTORMING SESSIONS

Brainstorming—the word itself conjures up a plethora of fantastic images. They might be of a Trojan Horse-sized cerebrum being attacked (or stormed) by a bunch of Lilliputian warriors. Or a whole bunch of brains coming down in torrents (much to the delight of a zombie horde below).

For business purposes, however, it is ideas that are hoped will rain down on the assembly: ideas that will help their brands stand head and shoulders above the competition.ca

While I don’t purport to be (like) a boss of brainstorming behoves-you-to’s, I can claim to have taken part in my fair share of such sessions. And after sitting through what is probably the entire gamut of earnest discussions, stymied stalemates and forceful free-for-alls, I would like to share a few insights and suggestions to help you make the most of this powerful idea-generation tool. 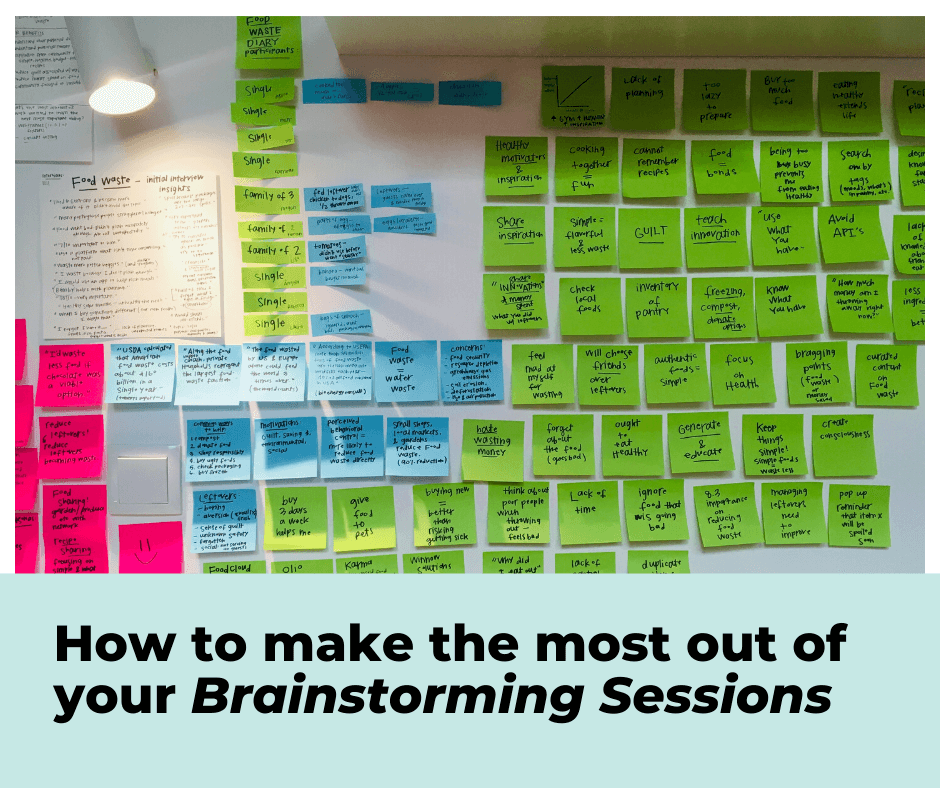 Much like the storms that occur in nature, brainstorming sessions often have an entire bunch of ideas launched and flying about in the air, almost at the same time. But one can’t present one’s client with a hodgepodge of vagaries, nor can one’s writer or designer turn half-baked concepts into a form that effectively sells.

In order to put order into your brainstorming, I therefore suggest the following:

1. Have a goal. The clearer it is, the closer you will be to achieving it. You’d be surprised at the number of brainstorming sessions that are held on the premise of something like, “Oh, make it about cupcakes. The client is a cupcake factory.” What is “it”? What about the cupcakes?

A better brainstorming goal in this case would probably go something like, “Our job is sell as many cupcakes as possible to 15-year-old girls down in the valley, who have a sweet tooth, and would love to have a sweetheart. Our cupcakes taste sweet, look sweet, and come with a sweet price tag. Buy a dozen today and get the pink one with sugar flowers, free.” You get the idea.

2. Tell people beforehand that you’re going to be brainstorming before you actually do it. Don’t just spring it on them out of hand, if you can help it (because in the real world, it sometimes happens that you need ideas on the spot without time to “marinade”).


Letting the goal simmer on their mental backburners is bound to produce better results quicker, as opposed to only just telling them when you get there—and then watching them only start to think (which is often akin to watching ice melt or rocks grow moss). In other words, your team will be more likely to come to the brainstorming process prepared.

3. Follow the leader. The participants in a brainstorming session are akin to musicians in orchestra, who play better with a (you guessed it) conductor up front.


Now heading a brainstorming session takes a modicum of skill—one must be able to keep the goal in mind, stimulate ideas in the group, and be able to encourage everybody (and not just your superstar creative director or your oozing-with-self-confidence account executive, for instance) to contribute.

Naturally, the leader also has to know how to pick out the ideas that make it to the list, which leads us to…

4. Make a to-do list, or a map, if you will, to guide everyone during brainstorming. Very simply, the list makes it clear, from the get-go, what you’re supposed to have after the meeting, i.e. X number of clearly stated ideas (and not just X number of empty pizza boxes).

This list or guide will have weeded out the gorilla-with-icing-on-his-upper-lip visual, and will have clearly stated the best concepts for execution—for the client, as well for the creative team that will be producing the ads. 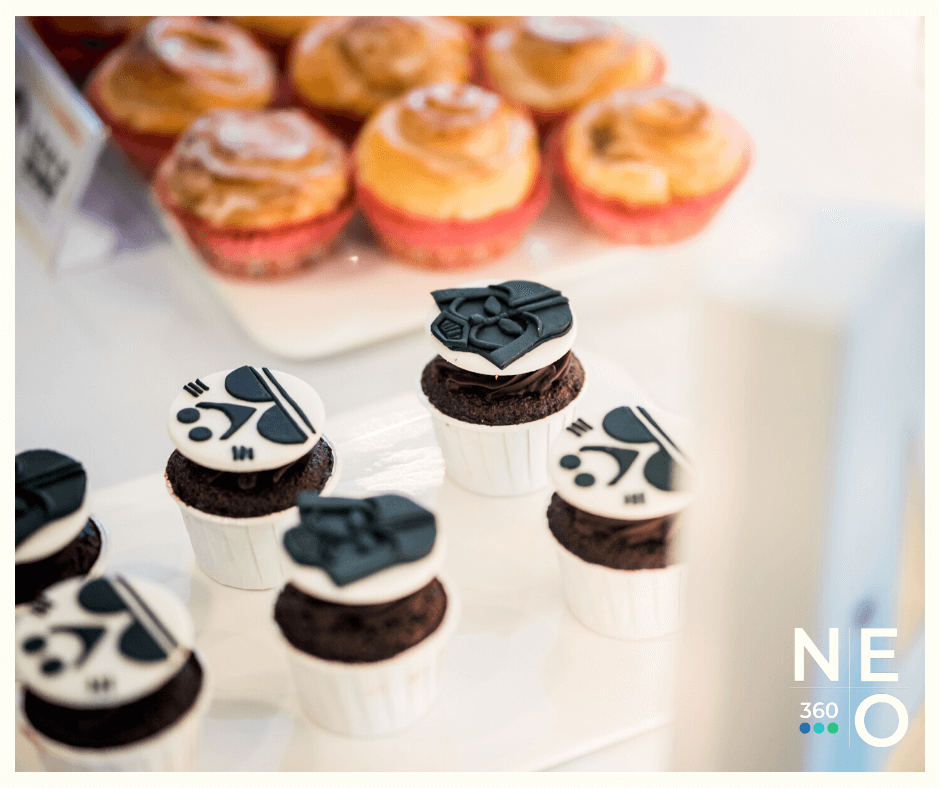 The main reason for brainstorming, as I understand it, is to get ideas from a whole bunch of different people—because otherwise, we could’ve just had the one writer or marketing director come up with everything, and hand it all out to the rest of the team to carry out.

Now, when I say “diversified”, I don’t just mean in terms of numbers but literally, in terms of the kinds of people you mean to join the session. Yes, you have your creatives there, but it’s also a good idea to have your media and your accounts and anyone else you know can contribute intelligently to the discussion (yes, maybe even the coffee guy if, for instance, you know he’s well up in the such-in-such your target market likes).

I’m not saying you go and cram as many minds as possible into the room when you brainstorm (“too many cooks…”, remember?), but I am saying that in addition to asking over your usual gang of intellects, you might want to keep an open mind. You never know—that next big idea for your financial IT campaign just might come from the unassuming web developer who you think does nothing but fantasy football (but turns out to be a stock market dilettante).

Brainstorming is “Made, Not Born”.

I suppose it’s because people are generally aware of the kind of work I do, but for some reason, I’m always spoken to about “inspiration”. People seem to think it’s some random, heaven-sent thing that just hits one on the head one day like Newton’s proverbial apple—without which, work supposedly cannot be done.

Well, quick share: On our first day at art school, we were told right off the bat by the scary-looking Head that we were going to work—and work hard—whether we were “inspired” or not. That statement might have shocked some of my classmates at the time, but personally, I saw the sense in it.

Because inspiration can actually be encouraged, or induced, if you will. In fact, that kind of inspiration is probably better for business purposes, because then it can be directed toward the achievement of a particular goal.

Besides, you can’t very well tell your client, “Oh, I’m waiting to be inspired before I send you my ad campaign, Sir.” (Or well, you could, but that becomes the moment when your client becomes your ex-client, and the client of your quicker-on-their-feet competitor.)

Mind mapping and word association are a couple of ways that might help you get your thinking caps on in time. A simpler, more straightforward way would be to take a good, long look at your target market and consider the best ways to engage them on their terms with your brainstorming goal in view. Of course, you could always just scope out the competition and see what they’re up to—and see how you can do it better.

NEO360 churns out effective digital marketing campaigns that cut through the clutter on a regular basis. If you’re thinking about better ways to LISTEN, REACH and ENGAGE your target market, get in touch with us today.